In middle November 2012, it was once again time for some extreme deep-sea angling in Sodwana Bay, KZN, South Africa. Dorado Ski Boat Club had the opportunity to host the most prestigious Deep See Angling Tournament of its kind in the world – the 26th Billfish 15000.

The Billfish 15000 tournament is one of the biggest in the country. The organisers put a unique point system in place; firstly, to determine the winners of course, but also to encourage (and largely enforce) conservation through tag and release. In the past, the only way to beat a good size fish was to catch a bigger one. During this competition however, the minimum weight of a billfish caught needed to exceed 160 kg in order to qualify for weigh-in. With the point system implemented at the Billfish 15000, anglers were able to beat that one large fish by releasing a combination of smaller billfish species – thereby taking the element of luck out of the equation and revealing the more skilled angler.

To secure the points of a released fish, the anglers had to present a photograph of the fish, including the date and time of the catch, and the camera had to be computer downloadable. In the event of a billfish hook-up, the skipper had to liaise with beach control in order to obtain the correct colour band to be shown next to the fish (colour or shape as supplied by the committee)

Striped Marlin rarely get over 100 kg in weight at Sodwana and it is very difficult to identify the difference between a small Blue and Striped marlin while on the leader. It was therefore decided that the two will count as one species at the Billfish 15000. Black Marlin is easy to identify in the water or on a photo and therefore counted as a species bonus point.

Boats also qualified for bonus points on released and weighable fish after their first fish, so that the more consistent crew be rated higher than the lucky crew catching one big fish. As there is also a certain amount of skill required to target different species, the angler will get species bonus points. The Billfish 15000 actively contributes towards research by assisting the O.R.I (Oceanographic Research Institute) in collecting all statistics of catches of game fish as well as tagging and releasing of every billfish. They also generously contribute financially towards Ezemvelo KZN Wildlife for conservation and development…. 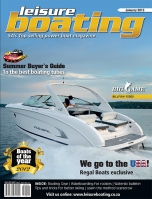