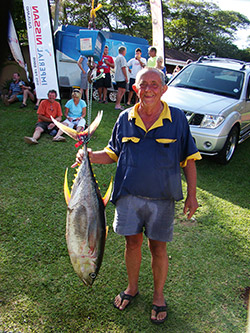 The 2013 Couta Classic went down at the Umlalazi Ski Boat Club, north of Durban at the end of March and what a competition it proved to be! Beginning on the Friday, Shaun Ninnis, the club chairman, welcomed a packed venue of anglers and thanked the main sponsors, Imperial Nissan Empangeni. The club captain, Pete Harvey, explained the new rules to the participants before handing over to Dons van Heerden, the safety officer. Since it’s called the ‘Couta Classic’, a decision was made that only Coutas will be eligible for being weighed. No bottom fish were allowed, but there were three extra prizes for game fish bycatch. Lucky for all those in attendance, Nic Maitland made sure that no one went hungry before we all set off for bed.

A total of 52 boats entered with a combined 155 anglers, including two jetskis, and as they left the mouth at Mtunzini, a breathtaking sunrise wished the anglers a safe departure. Although the sea was dirty and a bit rough, the guys stayed out most of the day. Weigh-in was at 16h00 and 22 fish had been brought to the scale, tipping it from a 6.2 kg to a 28.5 kg Couta caught by Kevin Nel on the boat Olympic. Four Yellowfin tuna and two Amberjacks were also weighed after day one. 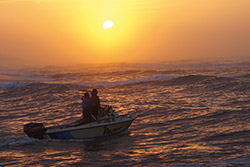 On day two, the sea was not as calm as the previous day and there were a few ‘crowd pleasers’ as the swell had picked up over-night and waves in excess of two metres in height made things a bit hairy for the launching boats. It was hazy and the mouth was churned up, but all boats got out safely. Luckily, the only mishap of the day happened on land when Jack Singery from the boat Sea Squire cut the tendons in his hand whilst cleaning his fish. We wish him a speedy recovery! By the afternoon, 18 fish had been tagged and the festivities at the club were well on its way. Sadly, the R30 000 cheque for the Couta over 30 kg, sponsored by Faulds, was not won this time around but the Bridgestone lucky draw prize was won by Ryan Hermann.

The organisers would like to thank the sponsors for their generous contributions at a very successful competition. All in all, the top 20 anglers with fish from eight kilograms upwards walked away with some great prizes… 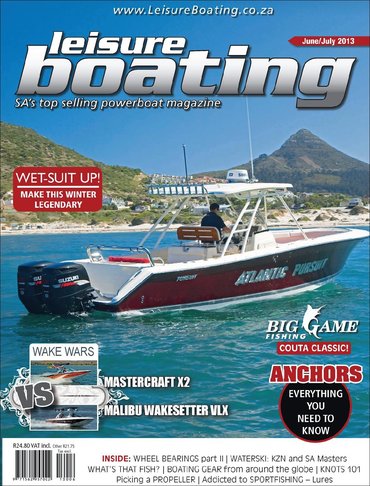