Trending
Subscribe
You are at:Home»Articles»End of another ski season with 7 tournaments

Its May and the end of another ski season with 7 tournaments having being held around the country. 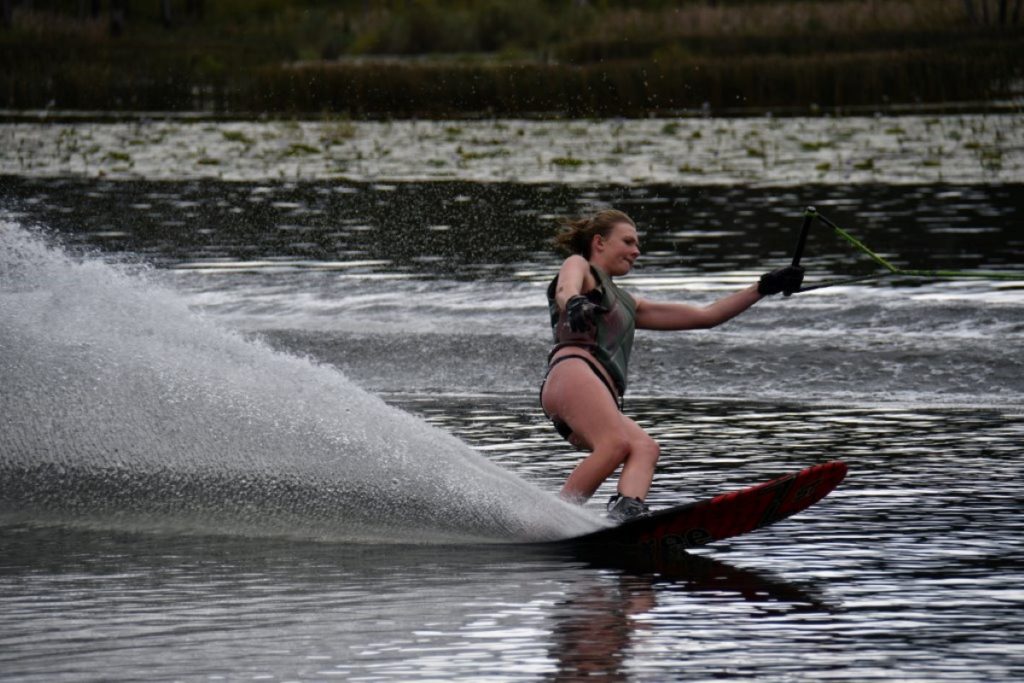 We ended the season with a tournament at Bird Valley Estate ‘Top Section’ for the very first time. This is a beautiful site that offered fantastic viewing of the skiers in action for both supporters and officials alike. The conditions were amazing and allowed for some awesome skiing.

For the first time in a few years we had an inter-provincial scoring as well as individual scoring and a big ‘Well Done’ to Howard and Sally for working out the complicated handicap/team scoring system. There were 4 rounds of slalom and 2 rounds of Trick followed by the ‘Rusty Skier’ Top 16 head to head.

The provincial competition was tightly contested and the result was very close. Western Province (3589pts) just edged out KZN (3548pts) by the narrowest of margins. North West Province was lacking numbers but Lizette Bekker (4 on 16m in slalom and 970pts in trick) put on a forceful charge. Gauteng was definitely missing some of their “old” experienced skiers but great to see Chloe Azor (0 on 16m) and her brother Reuben (2 on 18m) putting up a good show. Some of WP’s secret weapons were not available this time round but looking forward to having everyone out skiing in next seasons round of tournaments for some more nail-biting finishes. 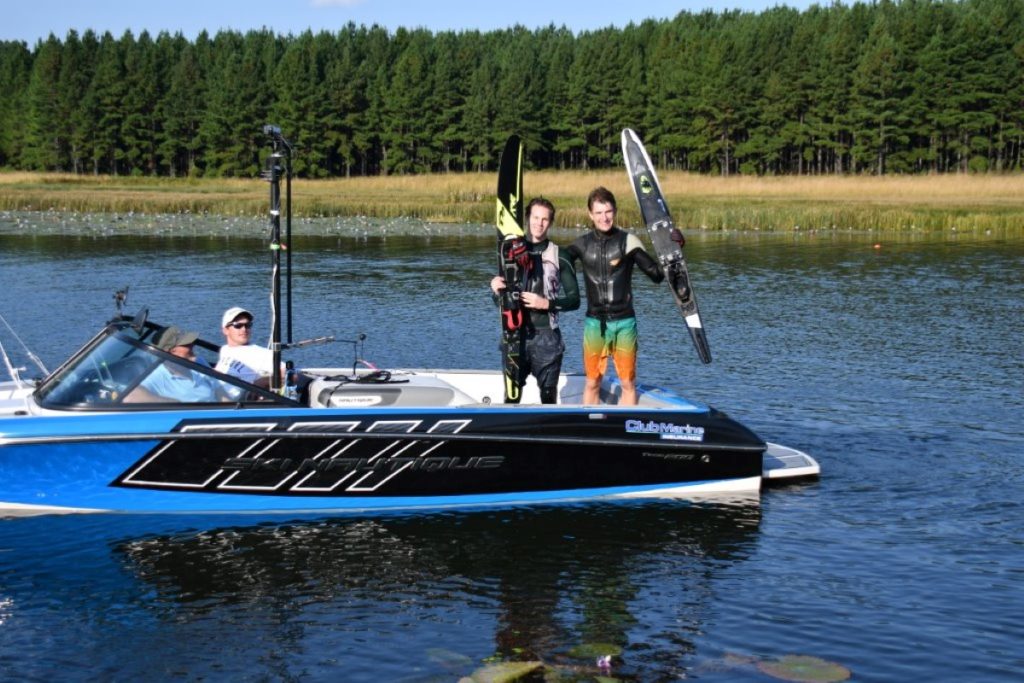 There were some great displays of skiing. Matt Nieuwstad (5030) and Jared Fisher (4940) got some great trick scores. Nick Stegmann equalled his personal best (pb) of 4 on 11.25m. Travis Fisher and Dylan Lowe were just one buoy back with 3 on 11.25m. Home site lass Shea Sutton skied solidly getting into 14.25m all four rounds. Jason Stegmann also equalled his pb with another 2½ on 13m. Jared Fisher put his body on the line and cleared 12m but got carried off to the medics for his efforts. It was great to see Robyn Lowe back skiing looking so graceful after 3 years off the water. Also good to have Andrew Bowes back skiing competitions after a long break. Then there was Yves Saintviteux our adopted Belgian who at 52 years young fought his way to a great score of 1 on 11.25m. Cristian Vorster, the local youngster showing some great potential with a 4 at 52km/h and a reminder to dad, Graeme that his days as the top skier in the family are numbered. Always great having Robyn Bobin skiing with us adding some glamour as well as awesome skiing talent to the WP team getting 4½ on 13m. What would skiing in KZN be without the van der Merwe family, fantastic to have all 4 of them skiing their hearts out in the competition. Father and son Andrew and Jordan Silver also put in a great effort with Jordy just missing out on his 14m pass with 5½ at 14m. A big shout out to Craig MacDavid for combining his skiing with DJ’ing skills and last but not least Luc van der Hofstadt enthusiastically supported by his family with a creditable score of 3 on 14.25m, well done to all of you!

The tournament ended with the ‘Rusty Skier’ head to head slalom competition were the top 16 slalom skiers from the Classic went through to battle it out for top honours. Nicholas Stegman edged out local boy Travis Fisher from Bird Valley Estate 2½ to 2 on 11m in the final to be crowned the inaugural Rusty Skier Head to Head champ. What an exciting format which is great to watch and was enjoyed by all.

A huge thank the Bird Valley Team and our sponsors Colour Display, 4 Everdeck, Form-scaff, Treated Timber Products, G T Chemicals, Battery Centre and Elvin. Thank you all for your time, effort and support.

May the winter be short as we look forward to the next season.