Leisure Boating chats to Johann Kumm who is a tournament trick skier in the over-65 division to find out more about the man behind the tow rope. During our chat, the same undying enthusiasm and passion for waterskiing that has carried him across many decades of enjoying the sport, is still here today.

With a broad smile he tells us that he was born at the right time, making him just old enough to stay ahead of the “Big Guns” in the younger Senior Men categories, who are hot on his heels.

LB: Have you received assistance along the way?

JK: Yes, and I would like to express my heartfelt gratitude to everyone who helped, encouraged, nurtured and fostered me along the way. Organisers from all waterskiing disciplines have had a much bigger positive influence on my life than they will ever realise and my family has encouraged me all along the way.

LB: Have you found as you grow older that tricks progressively get a little more difficult?

JK: As one grows older (which is a subjective topic), the body loses muscle strength, flexibility and stamina – among other things. Training or conditioning techniques have to be adjusted accordingly. With age comes the risk of over-use of those parts of the body that work the hardest while on the water (the ones that the athlete is aware of the next day).

LB: Is keeping fit a prerequisite for good performance?

JK: Yes, keeping fit helps in maintaining conditioning and improving results. A little cycling, canoeing and even gardening all help in slowing down the ageing process and keeping fitness levels where they should be.

LB: Do your wife and children water ski?

JK: Fortunately my wife is my dedicated and ever-ready boat driver. The rest of my children and their children are all involved in water sports to some degree or another. Our family even has a letter from a former president of International Waterski Federation, Isidro Oliveras, confirming that we have the highest number of competitors from the same family at any national Showski championship in the world. I’ve even competed with two of my sons in a Cableski and Boat X-Over Challenge at Midrand Cableski in 2005 – which was very special.

LB: What and who influenced you to start water skiing?

JK: The answer is to honour those mentioned below who played an important role in my waterskiing career, and the list is as long as my arm. Buck and Dave Oostingh, Derek Levy, Dick van der Merwe and sons of Richards Bay, Roy Saint and his wife, Mike Higgs and his team, Avril Tucker, Mike Murphy from the US, Eric Cornhill, Rene du Toit and Simone du ber Nard, among many other wonderfully kind and helpful people.

LB: What specifically got you interested in trick skiing?

JK: We relocated to Queenstown, Eastern Cape and joined the Queenstown Power and Yacht Club where I received my first waterski club trophy for slalom called “The Most Diligent Waterskier Award”. I was hooked on waterskiing and travelled to spectate two of three legs of an International Classical Series at the Kroonstad Aquatic Club and Hartebeespoort Dam Club.

A judges course and ski school held during in the early ’80s saw me back at the Queenstown club with renewed energy towards trick skiing. Thanks to the relaxed and very sincere Roger Gaze
who made me always feel welcome and part of the structured waterski family.

I was a passenger in the training boat when young Brian Gaze tricked and that’s when the bug bit me. 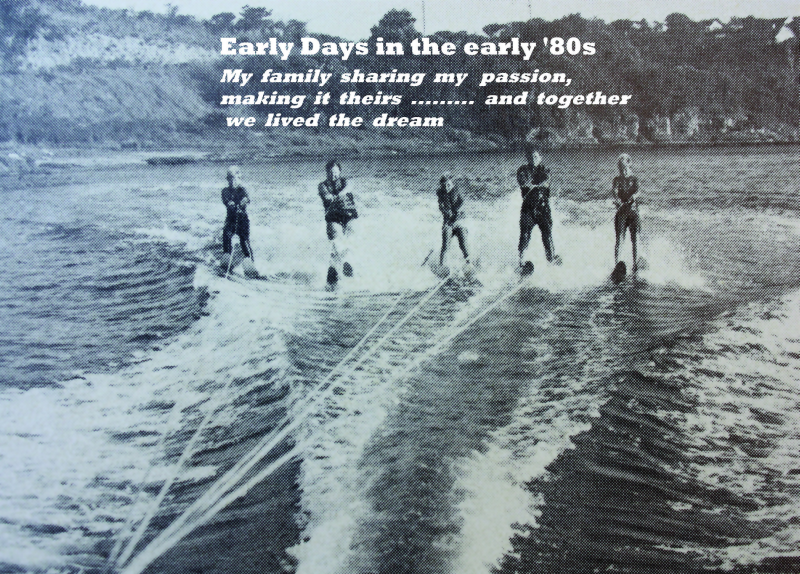 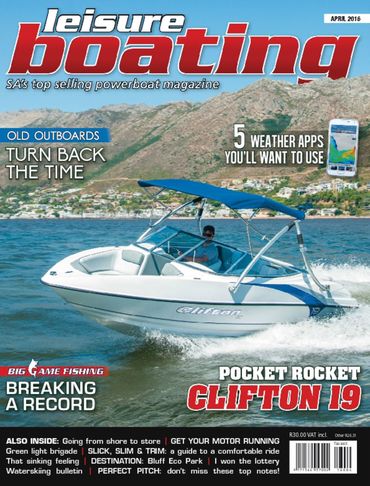