Trending
Subscribe
You are at:Home»Articles»What a catch! Atlantic 650 WA

Built for comfort and designed for practicality, the Atlantic 650 doesn’t disappoint. But, in an industry where size matters, is this craft fighting a bit outside of her weight category? Dean Castle assesses whether the 650 WA is aptly targeted. 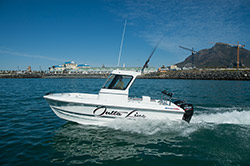 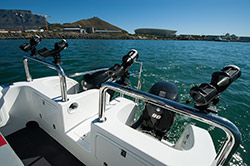 The Atlantic 650 WA (Walk-Around) is, to my knowledge anyway, the only 21-foot craft on the market to offer an enclosed centre console with a walk-around – while providing all the amenities that big game fishermen could ever want. But consider this; have we perhaps not seen boats like this previously because there’s no need for them, or is this the representation of a new segment in the market?

Deck layout
The Atlantic 650 aims to cater to those with a fishing addiction. Onboard, there are premium adjustable Scotty rodholders at the stern, plenty of rocket launchers on top of the enclosed helm, and others built into the gunnels. There’s also more than enough storage for all your gear in the gunwales and sufficient fish boxes to hold your day’s catch in the deck.

Behind the helm’s cockpit you’ll find a neat box with cushioning on top. There’s plenty of space inside for those that catch a monster tuna, or you can use it for storing gear for the day. This box is rather customisable when placing your order, so enquire about options, or simply remove it all together for an open stern area.

The 650 should have enough space onboard for four anglers to fish uninterrupted and I find this to be quite a real plus for a boat this size; I also like the padding along the sides of the gunwales which provide a good level of comfort when you have a fish on the line.

On the bow of the craft there’s a neat seat for anyone that could want it and there’s even a chic basin which is plumbed so that you can wash your hands or kit.

What I especially like about the 650 is that it is a complete walk around with enough walkway to really use the feature without trouble. There is a small step up when moving from the stern to the bow, but not much to really inconvenience.

This 650 also features a boarding walkway between the twin motors – making it easier to load a giant catch as well as easier for friends and family to board, especially when she’s on the trailer. 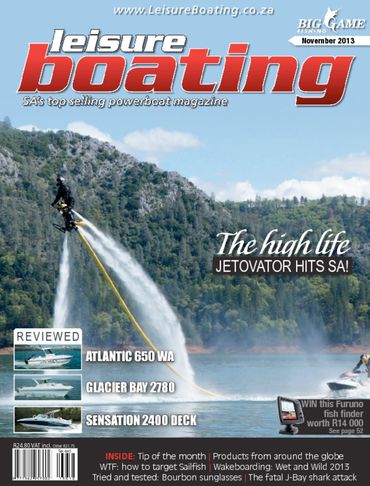