The human race is generally a bit uneducated with regards to the ocean and all that she holds. Leisure Boating will look at different ocean species every month with the aim of giving our readers a closer look at the wide range of life forms that lurk below.

Some of the reasons that the Wahoo is so admired in sportfishing circles are its speed, agility, strength and then of course its high-quality, delicious flesh. The Wahoo or Acanthocybium solandri is a scombrid fish which means it is categorised in the family of the tunas, mackerels and bonitos and it is found world-wide in tropical and sub-tropical seas. Unlike tuna, the Wahoo is largely solitary or travel in groups of two or three. Only when conditions are very suitable to the Wahoo’s habits will it sometimes be found in schools of a 100 or more.

Related to and closely resembling the King Mackerel, the Wahoo is often confused with their cousins but they can be distinguished by the vertical bands that extend its lateral lines and also by a fold of skin that covers the mandible when its mouth is closed. A Wahoo’s teeth are also fairly similar to a Mackerel’s but on closer inspection are found to be shorter and more closely set together.

Experienced anglers will also tell you that the Wahoo’s run is nothing like that of the mackerel’s. As one of the fastest fish in the sea it is known to reach speeds of up to 60 mph (almost 100 km/h!) and when it hits your line at that speed and rips it off your reel in powerful spurts, you’ll know you’ve hooked a Wahoo and you’ll be forever addicted to the adrenaline rush this fish invokes.

The Wahoo is a highly-prized sport fishing catch and it can be found not too far from land. It isn’t an easy catch, though, but it is the challenge of landing one that adds to its allure. Its explosive, blindingly fast first run as well as razor sharp teeth and aggressive habits have seen many fishermen disappointed by a Wahoo that got away.

Although Wahoo are attracted to floating debris, their diet suggests they venture out to forage in open waters.

Wahoo feed primarily upon other pelagic fishes, as well as squid. They have been recorded feeding on tunas, little tunny, porcupine fish, flying fish, dolphin fish, jacks, herrings, pilchards, scads, and lantern fish, among many other species. Their sleek bodies and great endurance allow them to pursue and overcome prey, which can be readily captured with their strong jaws. They are vulnerable to larger prey, though, and sharks, including the silvertip shark and other large predatory fish feed on the Wahoo… 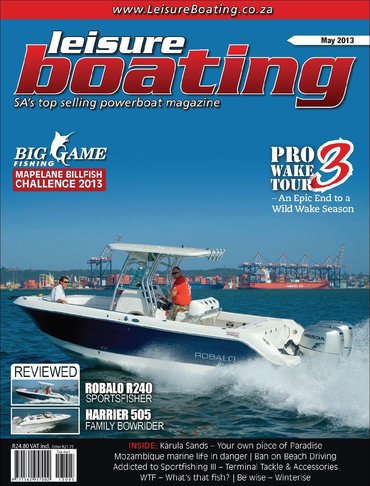