How well do you know your fish? We give you all the information you need, from where it can be caught, its habitat and more. Let’s look at two fish species which are similarly named but quite different to each other; namely the Yellowtail and the Yellowfin tuna.

Yellowfin tuna are true pelagic migrants and one of the world’s most widespread species. They put up an incredible fight and can be found in the warm offshore currents situated around Africa. Tuna are one of the only fish that have a warmer body temperature than the water they swim in and the Yellowfin tuna have a very high metabolic rate. They are experts at balling up schools of baitfish and attacking them from below. When these balls of baitfish are near the surface, there will often be flocks of terns and seagulls hovering above and diving into the shoal. They also often team up with schools of dolphins to get the baitfish into a ball and feed on it.

Yellowfin tuna can be found in waters worldwide in temperate and tropical waters which range from 18 and 27 degrees Celsius and they seem to favour waters where two currents meet. Yellowfin tuna will also hunt deep down on the thermocline, but they generally hunt closer to the surface.

There are peaks in the season for catching tuna but generally, they can be caught all year round. The best time to catch Yellowfin off Cape Town is March to May and October to December.

The Yellowtail is a member of the greater Carynx family. Although usually only about three to five kilograms in weight, it is a formidable fighter and a popular game fish. The Yellowtail has a narrow head with a blue and silvery metallic body with white sides, a white belly, and a bronze stripe along the middle of its body. Its bright yellow tail is what gives it its name. Yellowtail gather in large shoals offshore at depths of about 110m and feed on smaller fish and squid. Yellowtail is delicious and a popular line-fish species in the South Africa.

The Cape Yellowtail is a common, but seasonal game fish caught along the Cape Agulhas coastline. It mainly inhabits the Atlantic waters and is a favourite with fishermen because it puts up a strong fight and when cooked, it offers an excellent taste. Yellowtail shoals can be found offshore but they will move closer in to shore when following abundant food, allowing them to be caught by rock and surf fishermen. Yellowtail also spawn in the warmer coastal waters found at around 30 to 40 km from local coastlines in the summer months. 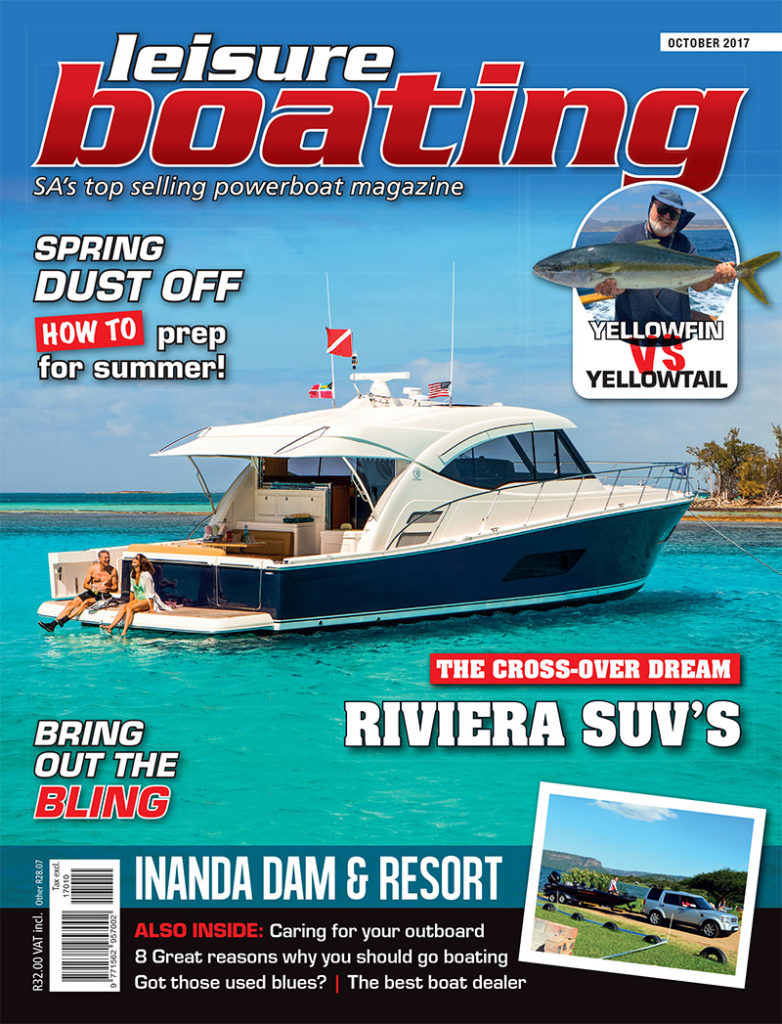