No matter what sport or activity you throw at it, the Z1 delivers on its reputation. One can dial in a great slalom wake, a huge wakeboarding wake or an epic surf wave sweet enough to fuel your endless summer. The Z1 is one serious wakeboat that the lucky editor, Dean Castle, travelled to the Vaal River to scoop. 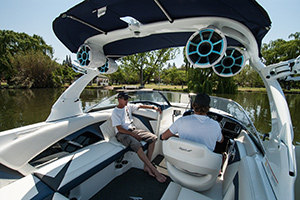 If you liked Tige’s formidable Z3, then chances are you’ll love this one. Choc-a-bloc with features, the Tige Z1 is a more compact package aimed to please those in search of luxury without compromising on ability.

This month, I met up with Shaun Faccio of River Buoys to get the scoop on possibly the hottest craft on the water so far this summer.

Deck layout
I think I’d be pretty accurate in saying that Tige boats make some of the prettiest wakecraft around; I mean, just look at it – because when we say this is a feast for the eyes, what we mean in other words, is that it’s probably the closest you’ll ever get to perfection! It’s not just the colour or chic decals – the Z1’s beauty is much more than skin deep. I’ve always been an old-school kind of guy and I really do prefer the look of the traditional bow shape that this company has maintained on their boats.

Naturally, the materials used and craftsmanship are of the utmost importance – and I can’t help but appreciate even the stitch-work in the cushioning – an Italian shoe-maker would be perfectly happy with it!

On board you’ll find the capacity for 14 passengers on a much deeper than normal seating, which to me shows that Tige cares a lot about their customers and their kids.

A stand-out feature for me on this craft would have to be the walk-over transom. Look once and you’ve got a full sunpad aft; or simply lift the side cushioning, flip over the centre and look again, and you’ve got a neat walkway to the cockpit that is non-slip and safe.

I called it on the Z3 and I’ll say it again here – as a personal preference I’m not wild about the bow section being all one level – but on the plus side, it has allowed for a cooler box to be built in as standard in the walkthrough section. The windscreen and walkway can be completely closed off to keep the cold evening air out of the cockpit, while LED lights in the interior will set the mood during sunsets.

Finishing off the package neatly for me is the Alpha Z tower. With an integrated canopy, the sturdy tower can be lowered making the Z1 garage friendly.

Performance
The Z1 is basically the same hull setup as the bigger Z3 so you can expect a ride and wake that’s very similar – and it also boasts Tige’s patented convex VX design. The convex shape is basically a curve to the hull which extends the running surface at slower speeds – which in turn keeps the craft pretty much level when accelerating from standstill, but more importantly, pushes out a really strong, meaty wake for surfing. 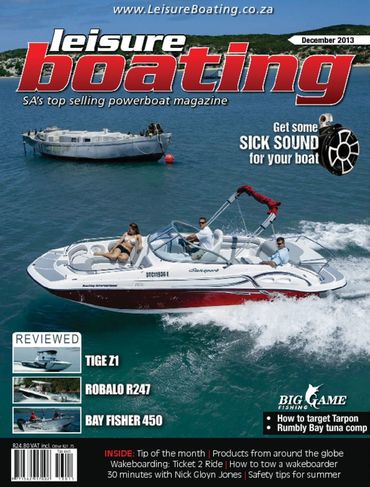