If you’ve been following the previous articles you’re probably itching to get your boat wet, and rightly so, when you’re this close the temptation to ‘just try it out’ is almost irresistible. But don’t do it, complete the entire boat before you put her in the water otherwise you’ll never fully complete it, ask me – the ceiling boards for my cockpit area are still sitting in the garage after six months!

The final stage of the refurbishment of your vessel is to select and install the controls and instrumentation. These are aspects of your boat that need special attention and careful selection in order for you to enjoy many carefree days of absolute pleasure at sea. First we’ll take a look at the controls, their selection and how they work.

Steering:
Here you have a few options, depending on your budget and engine power rating. The major components to consider here are basically the cable system, the ‘push pull’ system and the hydraulic system, each becoming progressively more expensive and efficient. Whenever you run two or more engines you’ll need to connect them by means of a link rod to keep them working together; I’ll explain the setting of this rod a little later.

When I first started boating, all we had was the cable system which was basically a cable which ran through pulleys from one engine, around a drum on the steering shaft, and back to the other engine. I cannot begin to imagine how many of us wound the cable the wrong way on the steering drum and almost fell out of the boat during sea trials as you would turn to starboard and the boat would fly off to port! So, if you’re going the cable route, check and double check the direction of the engines when you turn the wheel, it can be confusing if you’re not paying attention.

The next system is the ‘push pull’ or as we used to refer to it as the ‘Rideguide’ system. This is basically a single flexible cable housed in a casing, much like the gear cables, which runs from one engine to the steering box. The steering box has cogs and a cam which pulls or pushes on the cable when you turn. A very effective system but it requires constant servicing to keep it running efficiently. The only drawbacks with this system are that it takes a number of turns of the wheel to move the engines from one side to the other and you are constantly fighting the torque of the engines. I’ve also had the pin inside the steering box break on two occasions, once leaving me with no steering whilst fishing for Garrick in the surf – luckily I had the emergency steering connected and a spare pair of undies! 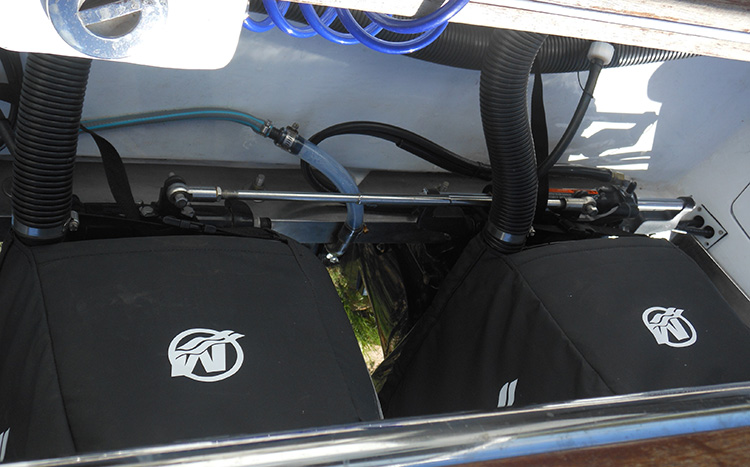 The ultimate, and really the only system if you have decent horsepower, is the hydraulic system. It comes as a complete ‘DIY’ kit and there are a couple of reliable brands available. I used a Hynautique system successfully for many years and recently installed a new Seastar system and find they both work equally well. The system is basically a hydraulic ram mounted to one or both of the engines, depending on the horsepower, with two hydraulic pipes leading to the helm. The system is filled with hydraulic fluid with an inline reservoir that ensures the lines remain full at all times. You will need to regularly check the level in the reservoir as any air entering the system will cause it to malfunction. Again, when installing this system check and double check that you have the lines connected correctly or your boat will have a mind of its own.

Controls:
These are the levers that control the engines, shift the gears and operate the throttles. Apart from some of the new engine developments such as the DTS or ‘fly-by-wire’ control system being incorporated in the bigger Mercury outboards, you will require a cable system. The cable is basically a solid heavy duty stainless steel wire with a connector at either end, which runs inside a steel coiled outer casing. This outer casing is coated in protective plastic

DTS is a state-of-the-art system that works off an electronically controlled loom between the throttles and the engines, no more cables; everything’s built inside the engine. I’ve had the pleasure of trying out the system and found it amazingly smooth and packed with really handy, unique features.

It is immaterial as to whether you require a side or binnacle mount control box; they both work exactly the same. When you push the throttle lever forward it engages forward gear and accelerates the engine. When shifting into reverse it engages the reverse gear and again increases the acceleration. Again, be careful when installing the cables or everything will work backwards. What may look like the cam pulling the cable into forward may well be shifting it into reverse. Get someone to watch the shift on the engine to make sure.

When routing the control cables ensure that you do not have any sharp bends or protrusions that may rub through the cable casings. When connecting the cable to the engine it’s best to create a large loop before entering the engine casing, this also helps stop the outer casing from cracking and eventually corroding.

The majority of cables cannot be lubricated internally but the links at either end can. This lubrication should be part of your regular maintenance, especially at the engine end where they can be exposed to salt water. Also, ensure the inside mechanism of the control box is well greased with a marine lube such as Quicksilver 2-4-C.

Furthermore, your control box may well have the engine trim switches incorporated as well as a start-in-gear protection – ensure they all work perfectly. 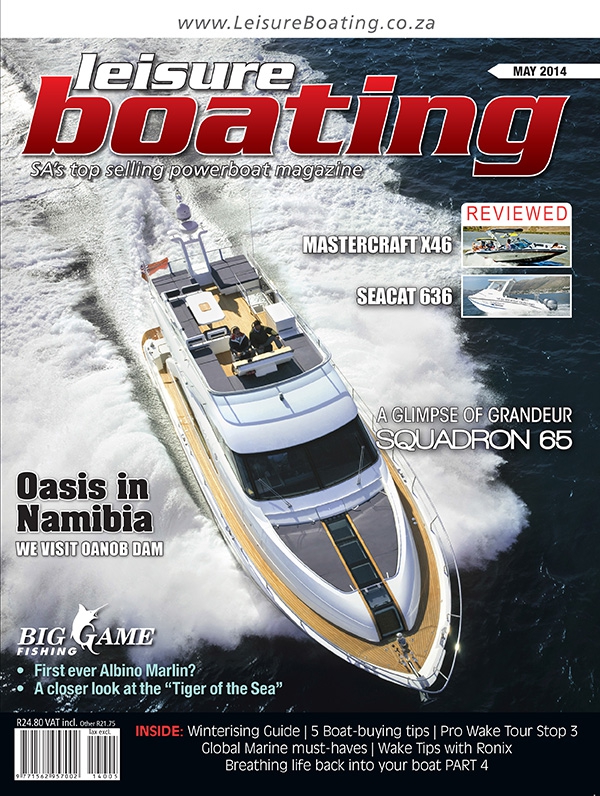